The Radical Challenge will boast one of the strongest, driver-focused calendars of any British championship in 2020, with the action spread across the cream of UK venues before building to a season finale at the legendary Spa-Francorchamps in October.

Radical’s premier UK championship, which caters for the best-selling SR3 model, will run across seven rounds next season, with both the fixtures and format reflecting customer demand.

The refreshed schedule was announced as part of Radical’s dynamic displays during the popular MotorsportDays LIVE event at Silverstone, where the Peterborough marque showed off the high-speed performance of its full range of racing prototypes to drivers, teams and media alike.

Highlights for the 2020 Radical Challenge season will include a visit to the home of the British Grand Prix at Silverstone, plus rounds in support of the Blancpain GT Series on Brands Hatch’s Grand Prix loop, the British GT Championship at Snetterton and the Radical Festival event at Spa.

The spectacular Festival finale at Spa in October will break new ground next year season, too, by featuring an invitational class for Radical SR1 Cup competitors for the first time, giving it the potential to be the biggest Radical event in history, with entries regularly spanning the brand’s international markets and regional championships around the globe.

Consistently voted by drivers as one of the most popular circuits, the championship will double up at Donington Park, using the short and sharp National layout for the season opener, and longer Grand Prix configuration in September.

Radical has listened carefully to competitor feedback in 2019 and as a result will continue to offer the same three-race weekend format, a mix of longer Enduro-style races with a mandatory pitstop, and a shorter 20-minute sprint.

As always, the option for two drivers to share an entry provides a true taste of endurance sportscar racing, as well as splitting the costs. With the exception of Oulton Park, all events take place over two days with an early Sunday finish for the busy competitor to make the most of their weekend.

Carly Latcham, Championship Coordinator, said: “With consistently strong grids across the 2019 season, and a multitude of new teams and drivers joining the series, we have a great competitor base to spring into 2020. We’ve been careful to ensure that the format, calendar and package elements that made this year such a success continue. In particular we’ve paid close attention to the varied and busy race schedules of our teams and drivers – many of whom participate in multiple series – to ensure clashes are kept to a minimum.

“The reinvigoration of the Team Challenge class has been a real pleasure to see, with four new pairings joining the field, and we’re working hard behind the scenes to ensure next year’s regulations continue to grow this class alongside the hotly-contested Solo category.”

*Includes invitational class for SR1 and other models. Please note all dates are provisional and subject to change.

Interested in joining us on the Radical Challenge grid in 2020? Simply complete the form on the right and we can keep you up to date when entries open.

radical_sportscars
What a night! Our 2019 Night of Champions at The Belfry Hotel & Resort was one of our best yet. Congratulations again to all of our award winners, full... Read more

Radical
The 2019 Radical Night of Champions was one of our best yet. Congratulations again to all of our award winners, ful… https://t.co/I3AkhxjS5u 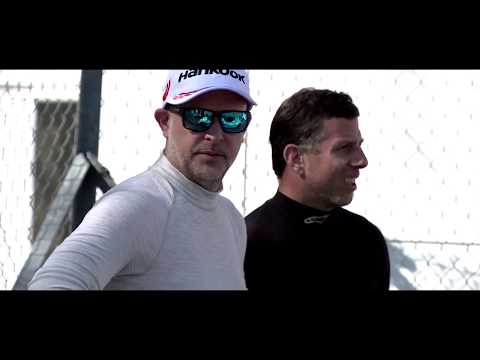